Cordoba, Argentina is a challenging place for ministry. Financially affluent, this contemporary South American city of 1.3 million people, with several major universities, has a reputation for wild nightlife, parties and drugs. Many of the youth have abandoned the traditional religious institutions of their parents.

An earthquake in neighboring Chile on September 16 rocked the town of Cordoba, startling everyone and sending many into the streets for safety.

Next Generation Alliance members Reid Saunders, Andrew Palau (not able to attend due to illness), Jim Williams, and BMX rider John Andrus, as well as businessman Seth Buechley, and RSA trip coordinator Ruth Daniels, joined forces September 16-22, 2015 with four organizing churches to reach the youth of Cordoba. Many area churches came together in unified support of the Festival.

The team visited a private Christian school. To their surprise, a majority of the 350 students were not even Christians. John did his BMX show and shared his testimony. Reid presented the Good News and made the altar call. Almost 200 of the students, and some of the teachers, gave their lives to Jesus that day!

On Saturday, 250 enthusiastic college students representing the four churches that were organizing the festival, met for a pizza party and worship rally. At 10:00 pm the students started walking to the festival site (about 10 blocks from the church) to pray and distribute flyers, inviting people to attend the festival. John and two other local bikers performed a few demo stunts at the festival site. Hundreds of curious students gathered at the town square. The culture and nightlife atmosphere in Cordoba is very intense. One of the college students texted at 2:00 am to report she just got home from distributing festival flyers.

On the evening of Monday, September 21, as the people started celebrating the beginning of spring, the festival site at Plaza Velez Sarfield began filling with holiday-celebrating youth before the 6:30 start. The local pastors only expected 10,000 students to attend, but the crowd began to grow enthusiastically throughout the evening. Police blocked off access streets and the tightly-packed crowd in the plaza grew beyond capacity. Officials estimated 35,000 people in attendance. Two popular Christian bands entertained the crowd before and after Reid spoke. More than 7,500 students responded to Reid’s invitation and  made decisions to follow Christ that night!

Indeed the fires of revival are being lit in the hearts of the youth of Cordoba, Argentina! Empty, organized religion, and dead, meaningless rules have left a generation of youth searching for deeper meaning in life. Affluence, higher education, and entertainment have not satisfied the heart of the young people either. Sometimes it takes an earthquake to shake things up!

Events included a question and answer forum on a university campus, survey of students on the question of eternity, BMX bike demonstrations, presentations to 650 students in two high schools, and a breakfast for 60 businessmen. Jim Williams encouraged 100 pastors and church leaders at a Pastors’ Conference, Jim, Reid, and Seth spoke at five Sunday churches services; musical bands Rescate and Aguilas performed, and Reid Saunders presented the Gospel to more than 35,000 at the Cordoba Festival. A total of 7,720 first-time decisions for Christ were recorded during the week. Plans are now being made for a follow-up festival in 2017!

Please pray for the new believers and the churches in Cordoba as they follow up and make disciples. Pray for continued unity among the churches and a heart to reach the youth. 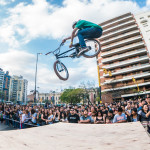 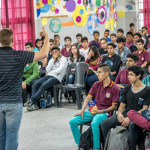 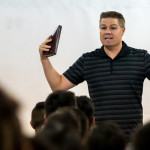 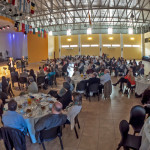 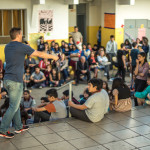 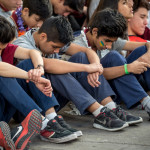 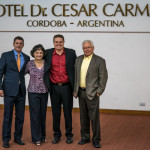 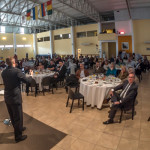 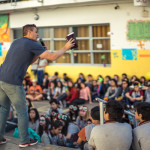 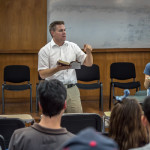 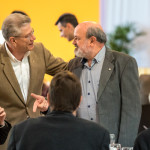 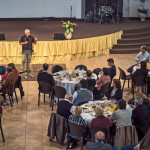 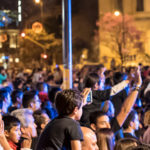 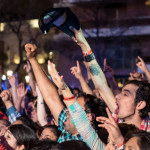 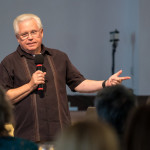 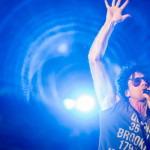 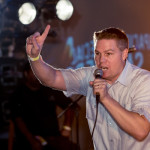 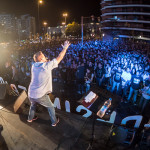 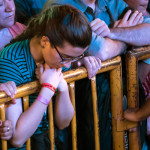 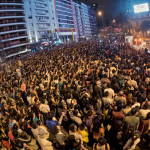 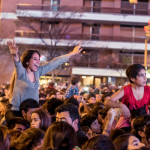 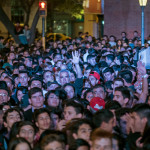 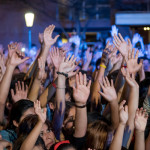 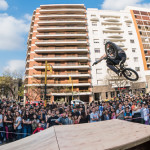 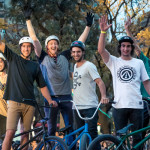 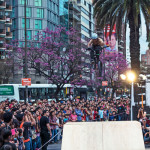 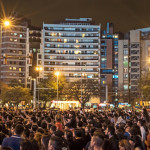 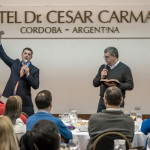